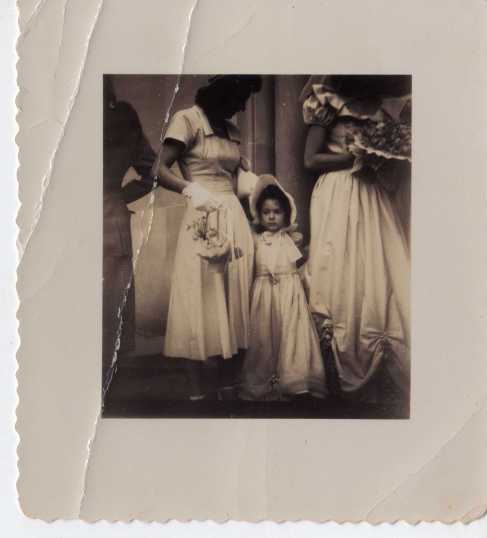 In his article, “Keats’s Sonnet ‘To Sleep,’ Sidney, Drummond, Daniel and Beaumont and Fletcher,”1Dr. Edgecombe establishes Keats’s indebtedness to several authors for both the theme and the construction of his sonnet. On the precedent of Dr. Edgecombe’s example, I wish to open the door further still to the likelihood that Keats’s debt to William Drummond of Hawthornden extends beyond the thematic and constructive components of the sonnet To Sleep, accruing further interest in two of the odes dating from late April and May of 1819, namely, To a Nightingale, and On Melancholy.

The brief chronology2 of composition for Keats’s sonnet To Sleep, and the odes that followed rapidly from the same period is, I believe, of some consequence for the purpose of provisionally circumscribing what Keats’s debt to Drummond consists in. Keats, as will be established below, incorporates material from Drummond’s Poems of 1616 into three of his poems (including the sonnet To Sleep) dating from the spring of 1819; but not, it would seem, before or after this brief period was Drummond again made use of by Keats in the composition process.3 For Keats, Drummond (himself a consistently eccentric and derivative versifier) was but one peg among many in the company of great English poets and dramatists of the 16th and 17th centuries used for the tuning of his own poetic instrument.

Permit the fifth stanza of Keats’s Ode to a Nightingale to supply the first example:

I cannot see what flowers are at my feet,

Nor what soft incense hangs upon the boughs,

But, in embalmèd darkness, guess each sweet

The grass, the thicket, and the fruit-tree wild;

White hawthorn, and the pastoral eglantine;

Fast-fading violets cover’d up in leaves;

The murmurous haunt of flies on summer eves.4

By situating the above stanza in immediate relation to the Madrigalii, from part two of Drummond’s Poems of 1616, a number of thematic and verbal parallels are at once observable: 5

Deare Night, the Ease of Care,

What makes thee now so sadly darke to bee?

Comm’st thou in funeral Pompe her Graue to grace?

Or doe those Starres which should thy Horrour cleare,

In what Part of the Skies,

With them, or Cynthia shee shall appeare?

Or (ah alas!) because those matchlesse Eyes

Which shone so faire, below thou dost not finde,

Striu’st thou to make all other Eyes looke blinde?6

In both the stanza from Keats’s ode and the Madrigal ii of Drummond, blindness brought about by the absence of the sun frames a motif that allows, respectively, the generation of a metaphorically allusive or descriptive vision. Drummond makes a paradoxical comment in his panegyric by making night that “which oft the Blinde doe see, / On this our Hemispheare”; and because the “matchlesse Eyes” of his mistress are absent, and a sublunary surrogate is wanting, night strives somewhat capriciously to “make all other Eyes looke blinde.” The theme of Drummond’s Madrigal ii is simple and direct. There is nothing supersensory or speculative to the poet’s musings, except the rhetorical question concerning whether the matchless starry eyes of his mistress will appear as a new-born star, or as a lunar satellite. Drummond’s paradox of celestial bodies and unseeing eyes is a metaphor, because the comparison is not explicit, spun out in predictable fashion. On the other hand, the speaker of Keats’s poem, in his nocturnal blindness, explores what might his surroundings be through an imaginative refinement of the evidence conveyed through the corporeal sense faculties (excluding sight), appending a list of sense-rich imagery to his meditation on the nightingale to give a vivid description of a place where otherwise “there is no light.”

Aside from the secondary theme of night common to the two respective poems, there is a nearly direct verbal parallel between Drummond’s “Times eldest childe,” and Keats’s “mid-May’s eldest child.” As is the case with the line of Drummond’s (“forgetfulnesse possest”) that Dr. Edgecombe hears an echo of in Keats’s “forgetfulness divine,”7 so too in the same way has Keats, with his “mid-May’s eldest child,” transformed, through an infusion of poetic sensibility, the phrase he borrows from Drummond’s Madrigal ii.

It is possible that there exists a certain connection between the phrase “matchlesse Eyes” in Drummond’s Madrigal ii and a line from the next poem of Keats to be dealt with in this inquiry, the Ode on Melancholy. Since Keats had either recently read, or was at the time reading Drummond’s Poems of 1616, there is no reason to think that verbal echoes or phrasing derivative of one of Drummond’s poems (in this case, the Madrigal ii) might not end up in more than one poem of Keats’. Hence, in the Ode on Melancholy we find “peerless eyes,” which is possibly a modification of Drummond’s “matchlesse Eyes” — but a final, and more compelling Keatsian derivation from Drummond’s poems can be found in the last stanza of the Ode on Melancholy:

She dwells with Beauty — Beauty that must die:

And Joy, whose hand is ever at his lips

Bidding adieu; and aching Pleasure nigh,

Turning to poison while the bee-mouth sips:

Ay, in the very temple of Delight

Veil’d Melancholy has her sovran shrine,

Though seen of none save him whose strenuous tongue

Can burst Joy’s grape against his palate fine;

His soul shall taste the sadness of her might,

And be among her cloudy trophies hung.8

The following sonnet of Drummond’s, the twelfth in the second part of his Poems of 1616, contains again a theme that runs roughly parallel to the theme of Keats’s Ode on Melancholy. In Keats’s ode, melancholy triumphs over beauty and delight by mixing, in the mind of the poet in love with beauty and delight, sense-rich imagery with thoughts of the inevitability of the grave and a sadness predicated on the mutability of things. The theme of Drummond’s twelfth sonnet can be spelled out in similar terms: in the latter case, a cloud eclipsing the light of stars stands as a metaphor for death’s eclipse of beauty and love:

As in a duskie and tempestuous Night,

A Starre is wont to spreade her Lockes of Gold,

And while her pleasant Rayes abroad are roll’d,

Some spitefull Cloude doth robb us of her Sight:

(Faire Soule) in this blacke Age so shin’d thou bright,

And made all Eyes with Wonder thee beholde,

In his grimme mistie Arms thee did enfolde.

Who more shall vaunt true Beautie heere to see?

What Hope doth more in any Heart remaine,

That such Perfections shall his Reason raine?

If Beautie with thee born too died with thee?

World, plaine no more of Loue, nor count his Harmes,

With his pale Trophees Death hath hung his Armes.9

It should be noticed that the editors of the Everyman Library edition of Keats’s poetical works cite a line from Shakespeare’s sonnet 31:10 as a plausible source for Keats’s last line in the ode: “Hung with the trophies of my lovers gone.”10 While this is a plausible source for Keats’s line, I would maintain for the following reasons that the final line of Drummond’s twelfth sonnet offers as close a match, if not better, than does the line from Shakespeare’s 31st sonnet. Considering the likelihood that Keats had read Drummond’s Poems of 1616 either before or during the composition of his sonnet To Sleep, and the odes, To a Nightingale, and On Melancholy in the spring of 1819, and that these poems do not ostensibly rely on Shakespeare’s plays or poems for their themes, specific

phrasing, or choice of word(s) any more than they do on Drummond’s Poems,one is left only with the pitting of one verbal resemblance against another, since two respective sources can be claimed to supply the singular result. In this case however, one point that works in favor of a Drummond-Keats connection rather than a Shakespeare-Keats connection is the fact that the line in question, in both Drummond and Keats’s poems, occurs as the final line of the poem, whereas the line from Shakespeare’s 31st sonnet occurs in the tenth line, and does not occupy the station of being a finishing or rounding line; which position the terminating line of Drummond’s twelfth sonnet enjoys. For this reason I would maintain that, even though Keats at some time read Shakespeare’s 31st sonnet, Drummond’s twelfth sonnet better served Keats for an example of a solid final line in his ode than did Shakespeare’s sonnet. Moreover, Shakespeare’s line does not contain an adjectival modifier of the noun “trophy,” whereas Drummond’s sonnet has “pale Trophees,” and Keats’s ode has “cloudy trophies” — the step from Drummond to Keats is, therefore, one adjective closer than the step from the un-adjectived line of Shakespeare to Keats.

2 Cf. W. Jackson Bate, John Keats (The Belknap Press of Harvard University Press, Cambridge, Massachusetts, ninth printing, 1996): “Within another nine days [after April 21], in addition to some shorter poems [Bate lists in a footnote the sonnet “To Sleep,” and the two sonnets “On Fame”], he has finished the first of the great odes, the “Ode to Psyche,” and then, in another day or two, the “Ode to a Nightingale.” By the middle of May he has composed two other odes, the “Grecian Urn” and “Melancholy” p. 484. Brackets mine.

3 I have not located in the poems of Keats any further evidence of borrowing from Drummond’s Poems of 1616, or any of Drummond’s other poetical writings, prior to, or after Keats’s poems of the spring of 1819, but this does not exclude the certain possibility that some debt of Keats to Drummond’s poems may not have escaped my notice.

5 It might be worthwhile to point out that the 25th sonnet in the first part of Drummond’s Poems contains a nightingale theme. While an examination of this sonnet does not yield any definite parallel to Keats’s ode, the fertile subject of the nightingale can be said to represent a sort of signifier of a particular theme constant within the English poetic tradition. Even while there are no direct parallels of phrase between the fragment treating the theme of sleep in King Henry IV Part II III:I, and Keats’s sonnet To Sleep, there is nevertheless a demonstrable continuity between the two that is not merely an imagined critical imposition. Poems with a nightingale theme constitute a uniform poetic class, and can be grouped together in the same way as the 16th and 17th century genre of poems on sleep (some of which are compiled by Dr. Edgecombe in his essay).

Cf. Howard Felperin, “Keats and Shakespeare: Two New Sources,” in English Language Notes (vol. 2, December 1964, issue 2), pp. 105-109: In discussing the “classic genera of nightingale poetry,” Felperin observes that “Keats undoubtedly knew several specimens,” and lists the following possibilities in the third footnote: “Farewell to the Nightingale” by Charlotte Smith, “Sonnet to the Nightingale on her Departure” by “E.S.,” and certain poems with a nightingale theme by Richard Barnfield (p. 107).

Find The Answer To All Your Questions HERE: